This article is currently a target by raiders and has been protected. You may contact an admin and request for protection to be removed when necessary.

Chaogamer is an ally and a former MSAgent Tuber from Texas (the US state) who joined The Microsoft Agent Frontier Empire in 2018. He is the leader of The Empire Of Chaoland. He is mainly active on Discord and Vlare.

On 9 January 2021, Chao's Discord was disabled by James Man.

On 1 January 2020, TMAFE decided to invade Chaoland with Sossie in charge of the operation. Chao was then moved to FMOD and then Isolation in February.

In March 2020, Konnor88 decided to unban Chao and give Chaoland independence on 4 April.

Between March and June 2020, Chao in TMAFE had a bad reputation due to constantly making NSFW and doing sexual acts with other members, he also made NSFW out of countryballs which pissed off the members. Because Chao was such a snowflake during these times, many members trolled him and Chaoland was again invaded at the end of May. Chao also sent suicide threats to other members which made them dislike him even more.

On 12 July, after Konnor, Chao and the World Concord made an agreement, Chao was banned from TMAFE and Chaoland was given independence.

In the summer, Chao found himself a new enemy, K-Pop Stans. This was because he was attacking them on Twitter for no reason which backfired really badly on him. In November 2020, TMAFE considered him brainwashed by the Twitter culture.

However, on 26 December 2020, after a war with some logo editors including PollBall, Chao was unbanned and to many peoples surprise, did not do any NSFW and still doesn't to this day.

On 19 January, a peace deal was made where Chao would not contact PollBall and vise versa, the treaty was then violated 5 days later.

Another deal was made on 25 January, this time with Sossie organising it but was broken on the same day.

Chao turned suicidal on 27 January when Sebastian called him an idiot. The final week of January saw constant attacks from logo editors on Chao and saw him turn suicidal again on 5 February, however he returned to normal the next day.

For about a month only very minimal things occured with Chao and logo editors, then on 11 March things went right back up again, this caused Konnor to make a final peace deal.

On 15 March, Chao was suicidal once again and sometime around that week his parents took away all his devices, he has not been seen since.

On the last day of April 2021 Chao was seen again where people was happy. 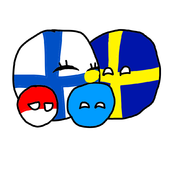 Chaogamer family, art made by Isaac
Retrieved from "https://frontierpedia.tmafe.com/index.php?title=Chaogamer&oldid=3244"
Category: