The United Mapping Nation was the mapping section of the Frontier founded by Konnor88. It was first created in May of 2019. It was originally gonna be a monarchy, just like The Microsoft Agent Frontier Empire, but Konnor decided to make it a triachy, with him, United World, and Steve Jobs ruling it. Around June or July of 2019, T-SERIES Mapping manipulated Konnor into giving him administrator. After that, TSM proceeded to nuke the server and banned almost everyone. The server never recovered, and eventually shutdown in Late July. The UMN was brought back on September 13th, 2019. However, it was never finished, and replaced with the new Mappers Union on April 8th, 2020. 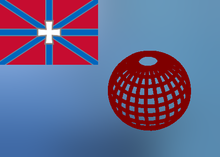 The first prototype of the UMN flag. 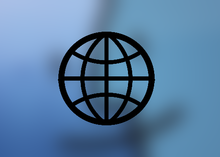 The second prototype flag, with a globe and blurred out happy finder behind it.

The final and first official flag of the UMN.
Retrieved from "https://frontierpedia.tmafe.com/index.php?title=United_Mapping_Nation&oldid=6281"
Categories: